The Kings Park St. Patrick's Day Parade is held on the first Saturday of March every year. The parade was founded in 2011 by Kevin "The Professor" Denis, the owner of Professor's Diner in Kings Park, New York and celebrates the Irish cultural roots of Kings Parkers. The parade features numerous bagpipe bands, floats, hundreds of marching community organizations, and a tribute to a Grand Marshal who has made great contributions to the Kings Park Community. Thousands of Kings Parkers and people from surrounding communities turn out on Main Street to see Irish eyes smiling with Kings Park Pride! 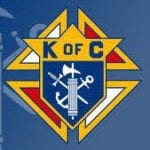 The Father John G. Seyried Council # 821 is located at 44 Church Street, Kings Park, N.Y. Chartered in January 1903 we remain committed to our founding principles of Charity, Unity, Fraternity and Patriotism. The Council is very active in the community performing charitable works that benefit St. Joseph’s Parish and local families.

This idea of having a community museum all began with a gathering of some high school students, a teacher, and two towns' people. The only school managed community museum in the United States is the end result after 20 years.

Developed, maintained, and cultivated for educational purposes, the Kings Park Heritage Museum's mission is to preserve the town's history and educate the public about it. Though under the authority and supervision of the District Office, the museum has maintained independence by soliciting no funds or work from the school district. There are several plaques that attest to those who have been continually active in providing the resources - money, time, and energy to create a community landmark.

These individuals saved this town's history and heritage and planted deep roots to strengthen the future. For every person inscribed there are 4 - 5 times as many associates who have provided numerous helping hands moments. The museum has become an educational path denoting how we arrived at what we are today. May this path always indicate nothing but the best.

The Fr. John Papallo Lodge # 2684 of the Order Sons of Italy in America (OSIA) was granted its charter on November 5, 1994. The lodge encompasses the Hamlets of Kings Park, San Remo and Fort Salonga. Membership is open to men and women.

John Misso, Palma Reda and Salvatore Banchitta are the lodge founders. They were friends who had the vision and pride in their heritage to turn an idea into a reality. It was their desire to invite the Italian-American community to celebrate the culture, customs and traditions of their ancestors who helped to build our great country. Finding the right person after whom they would name the new lodge was a challenging task. It was important that they find someone who was truly worthy of such an honor. That someone was Fr. John Papallo, a spiritual advisor at the Kings Park Psychiatric facility and a frequent celebrant at St. Joseph’s Church.

Fr. Papallo’s ancestors came from Martone, Reggio Calabria and Amalfi, Italy. He was one of five children born to Nicholas and Florence Papallo in Meriden Connecticut. As a young man, John Papallo seriously considered two vocations; the priesthood and a career as a classical singer. It was while preparing for an audition with the Metropolitan Opera Workshop that John met Fr. Modestus Papi, Director of the Shrine of the Holy House in Loreto, Italy, who encouraged him to join the Capuchin Order. After his ordination, Fr. John served as spiritual advisor and counselor to the incarcerated and the mentally ill. In 1984, he was appointed Chaplain to the Kings Park Psychiatric Center where he helped post-psychiatric patients reenter society. Throughout his ministry, Fr, John also exhibited a special resolve to help the homeless, terminally ill and people struggling with addictions. He is remembered as an inspirational force to all who knew him in his commitment to serve others and to help them to reach their fullest human and spiritual potential. Fr. John Papallo’s life ended tragically in an automobile accident on May 1, 1989. Indeed, the lodge founders felt fortunate and privileged to have found such a humble, reverent and honorable man after whom to name their new lodge. John Misso was the first president of the Fr. John Papallo Lodge and served for four years. Other past presidents include Enrico J. Annichiarico (1999-2001) and Maria Misso (2001-2003). All contributed to make the lodge a vital entity in the community and in the Order Sons of Italy in America. The current president, Anthony J. DiChiara, continues that commitment.

The Fr. John Papallo Lodge prides itself in its promotion of Italian language and culture. In cooperation with the Kings Park School District, it implemented programs such as Ciao Italiano for grades 3-4 and Aurora for grades 5-6. These after school programs achieved great popularity and stimulated interest among students to continue the study of Italian. In response to that interest, the lodge appealed to the school district to include Italian in its foreign language offerings. The school board approved the request and the district started an Italian program in the middle school. The first classes were comprised mostly of Aurora graduates. Since its inception, the school district’s Italian language program has expanded and it continues to maintain strong student enrollment.

The lodge provides a busy social and cultural calendar that begins in February with its annual Mass and breakfast to celebrate Fr. John Papallo’s birthday. During the year, members and friends enjoy trips to various places of cultural and recreational interest such as the Opera, Ellis Island, Arthur Avenue, Radio City Music Hall and Atlantic City. The Lodge sponsors Italian classes for adults and frequently invites guest speakers to its general meetings. In October, it presents a cultural night for the community and sets up a month long cultural display in the Kings Park Heritage Museum to commemorate Italian Cultural Month. Other social and fraternal activities include; pasta night, dine arounds, parades, lodge picnic, dinner dance and Christmas party.

The lodge participates in many of the functions and activities sponsored by the New York State Grand Lodge of the Order Sons of Italy in America and contributes to a number of its charities. It also supports cultural programs conducted at Hofstra University, Suffolk County Community College, SUNY at Farmingdale, Center for Italian Studies at SUNY Stony Brook, Association of Italian American Educators and the Italian American Writers’ Association.

Membership is at a high of well over 200 brothers and sisters who are supportive of the lodge’s financial, social and fraternal goals. Without question, the success and growth of the Fr. John Papallo Lodge are attributed to the Italian hearts and busy hands of its members. Inspired by the life and legacy of Father John, they have worked diligently to make it a respected fraternal organization with a reputation for generosity and service to the community. It is through their loyalty and solidarity that the lodge remains firm in its commitment to participate in all aspects of the Order Sons of Italy in America. Indeed, their dedication and commitment have enabled the lodge to create, by service and example, a positive image of Italian Americans.

About the Society...
The Smithtown Historical Society is committed to the preservation, restoration, and interpretation of Long Island’s heritage for the education and enjoyment of the public. Through research, education, conservation, and community activities, we seek to strengthen the ties to our rich heritage. Founded in 1955, the Society is chartered by the Board of Regents to preserve historic sites, structures and materials and to provide programs, which will promote interest in history and research. Merger with the Smithtown Branch Preservation Association in 1982 enlarged both scope and membership. We count on the support of all who share our concerns for the preservation of the past. Membership is open to all.

Commitment to Education...
Responding to the need for a greater understanding of Long Island history, the Society has developed six outstanding educational programs for elementary school children. Available to all Long Island schools, the programs are designed to implement New York State Curriculum requirements for local history instruction. During the past year the Society has hosted over 8,000 children. Many elementary teachers enroll their classes in the programs every year.

The CYO exists to provide opportunities for youth to develop strong moral character, self worth and a commitment to caring for others and their community through activities of a social, educational, and recreational nature based on Catholic principles that reinforce societal values.

The Sunrisers Drum and Bugle Corps is an all-age competitive field corps participating in the Drum Corps Associates (DCA) circuit.

Founded on Long Island in 1954, the Sunrisers have a proud history of innovation and excellence that have led to seven World Championships and numerous honors over its 66 year history.

“The mission of the Long Island Sunrisers is to provide performers an educational experience through the marching and visual arts. We value and instill dedication, personal worth, discipline and a strong work ethic. We strive to enrich the lives of all our performers while providing the community with an enjoyable, entertaining and unique musical experience.”

The Veterans of Foreign Wars Nissequogue Post 5796 is located on Church Street and is adjacent to the Knights of Columbus. The post has a men's and ladies auxiliary. Members of Post 5796 meet on the first Monday of every month at 8pm. The housing committee meets at 7:30pm on the third Monday of every month. Please call for information on membership. Post 5796 hosts many events, including a St. Patrick's Day party, picnics and other celebrations. This hall is available to rental. Please call for rates and information.